Residential mortgages may be the core product offered by most intermediaries but many are expanding their scope of business to advise on a wider set of secured products to find solutions for their clients' financial needs.

Brokers can choose to refer a query about a semi-commercial buy to let or decline a case which needs a bridging product to allow the consumer to renovate their dream home. Or, like this week’s trio of intermediaries, they can tackle it themselves.

This week our panel of experts share their experiences of advising on and arranging mortgages which stretch beyond the traditional realm of the mainstream mortgage broker.Luke Somerset, business development associate director at Contractor Financials, talks through a mortgage he arranged for a landlord client interested in diversifying into semi-commercial properties.Andrew Montlake, director of Coreco, outlines two cases where a second charge and short-term finance played an integral role in offering the clients the solutions they needed.

Lea Karasavvas, managing director of Prolific Mortgage Finance, explains how arranging a bridging loan and exit for a couple converting flats into a duplex has given his firm an appetite for complex deals. 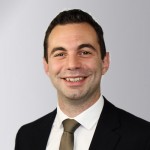 A longstanding client and seasoned residential landlord of mine recently decided to dip his toes into the commercial letting market – after years of investing in commercials through funds, he felt a direct investment was finally in order.

He’d found a semi-commercial property in Surrey, a shop with two flats above, and wanted to secure a mortgage with the acquisition in mind initially and a separation of the title as a future goal, allowing him to dispose of the property as separate leasehold units in the future.

His first foray with commercial property some years ago had left him somewhat discouraged. High brokerage fees and what appeared a protracted road to ownership had knocked the wind out of his sails, so this time around he intended to sail as close to a residential style solution as possible.

We made enquiries with the main commercial lenders only to find ourselves similarly disheartened by the response we received. It was by chance that we mentioned the deal to a BDM at a small provincial building society, Newbury, who much to our surprise had an appetite for that sort of mortgage and offered to take a look.

Working with their commercial manager, who provided much of the insight we needed, we were able to secure a hybrid product for the client offering a traditional discounted rate with the prospect of allowing a title split in the future, should the client choose to proceed on that basis. 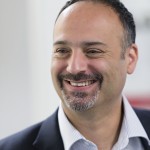 Andrew Montlake is director at Coreco

These days, the art of mortgage broking often means looking way outside of the proverbial box in coming up with suitable options for clients. In this world we see a blurring between the standard residential mortgage and the specialist realm, with the point at which they meet and work together often producing the most effective results.

There are two recent examples of this that come to mind, the first of which was a lawyer working on an 11-month employed contract at a time when they were one week in. Prior to this they had a four-month gap due to redundancy, then a six-month permanent position, then a one-year gap for maternity, and finally prior to this, 5 years’ contracting.

In the background they had an unencumbered buy to let worth £925,000 and they wanted to purchase a new residential property at £1,125,000.

We were able to obtain a £500,000 loan on each property through Clydesdale, but the client still required a further £100,000. We approached Castle Trust who agreed a £100,000 second charge against the buy to let with interest rolled up for up to five years and Clydesdale gave permission for second charge. One happy client.

A second instance involved a client looking for finance to purchase a house for £600,000. The building was currently split into four flats and the client wanted to change into one house for an estimated cost of £200,000.

This type of finance could easily be arranged by a short-term lender at a cost of around 9% per annum, but our specialist team felt that due to the quality of the client and property, we could ask a private bank to offer the finance on non-bridging terms. Harrods Bank stepped up and offered this in a very short time, at close to high street residential rates.

Again, another happy client and one where they could have paid higher rates had it not been for a broker with both specialist and residential knowledge. We recently had a client approach us with a rather unique situation. Both partners were living separately, one on top of the other in a block of flats and the request from our clients was to knock the flats through to make one large flat they could both reside in together.

Both were held in separate names with different lenders which meant two separate charges over two separate units. The only way to structure the deal was to remove the charges in their entirety and secure it under one charge, while raising enough funds to complete the redevelopment of the two units into one large property for them both to reside.

We decided to secure this by way of a bridge, and given the fact the property already had a certificate of legal development against it, it made the process somewhat easier. Ultimately the exit of this development would be the use of a regular residential mortgage with a lender that would be happy with the new loan-to-value and the fact it was a recent ‘conversion’. The lender would also need to be comfortable with the detailed schedule of works and the clients’ ability to complete such a project.

In essence, the lending was secured more against the detail of the schedule of works. The true value of the two units combined was actually slightly lower than the value of both flats independently but this was a decision made for a better lifestyle and the comfort of our clients more so than one driven by pure profit. The couple were a pleasure to deal with and took us away from the standard residential mortgages we are used to, but the end result was a stunning duplex apartment.

Such a project is often declined by many brokers but the learning curve on this project instilled a confidence in our ability to look further afield to find solutions for our clients. It also built a very strong relationship with the client who has since referred more business our way and, above all, provided them with a home they didn’t think was possible before we managed to find a solution to their project.

HSBC has begun the next phase of its expansion into the intermediary market by appointing three new broker partners to...